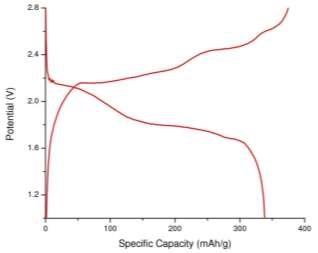 The process of converting electrical energy to chemical energy by supplying the system with electrical current is called electrolysis. This study has many applications, such as in obtaining metals by the metallurgical industry. Battery chargers are required accessories for Lithium battery anode materials such as mobile phones and notebooks. But do you know how the process of recharging batteries can be explained? In such cases, the supply of electricity to the system causes a non-spontaneous oxidation reaction. In this article, you will get the fundamental principles of electrolysis and their main applications. Good reading and good studies.

In general, the electrodes plates used to connect the electrical circuit, allowing the transfer of electrons is inert so that they do not react and do not interfere with reactions. Substances that will be subjected to the electrolysis process may be fused or in aqueous solution. It is important to be aware of one detail: in electrolysis, electrons go to the cathode negative pole, where the reduction occurs. Already the oxidation happens in the anode positive pole of the electrolytic cell.

The Electrolysis Laws were defined by Michael Faraday, an English physicist, in 1834. According to the first law, the mass of any electrolyzed element is directly proportional to the charge fraction that passes through the system. That is, if the electrical charge through the solution is doubled, the mass of the substance also doubles. The second law of electrolysis states that for the same amount of electrical charge, the masses of electrolyzed chemicals in any electrode are directly proportional to their chemical equivalents.

Faraday revealed that ions of a metal deposit in the solid-state when the electric current flows through an ionic solution composed of the metal salt. See the following examples for silver (Ag) and copper (Cu):

Both fossil-fuel vehicles and electric vehicles are subject to energy transformations. In addition, electrolysis is widely used in industry and is useful in obtaining various chemical elements, some very reactive in elemental forms, such as alkali metals. Check out other applications of this process:

Sodium: obtained by igneous electrolysis of a mixture composed of sodium chloride (NaCl) and calcium chloride (CaCl2), melted at a temperature lower than pure NaCl about 800 ° C

Aluminum: achieved by igneous bauxite electrolysis – however, the amount of electrical energy involved in this process is very high, which makes it economically viable only in places with low-cost energy availability

Galvanizing: coating of parts and utensils with a thin layer of metal in this process we can mention nickel plating made of nickel and chroming made of chrome.