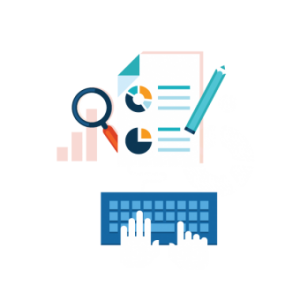 To increase traffic to a website, the publisher who owns the site or a network of sites, is paid by the advertiser using the pay per click model. ppc advertising allows the advertisers only to pay when a particular keyword search and an ad are clicked. It is a prevalent and popular internet advertising model where the advertiser pays when an internet user clicks the advertisement. It is also known as ‘cost per click.’ PPC Advertising is used by the giant search engines such as Google ads and Bing ads very commonly. The advertisers bid the keywords used in search engines. Content websites use fixed price instead of the bid price. Let us know a little more about Pay Per Click Advertising.

What are Banner advertisements? How do they help a business?

The Cost of advertisement calculates pay per click by the number of ads that are clicked. It could be flat rates or bid rates. The end value depends on the customers that an advertiser is expecting to click on a particular ad. The key is the target audience interest which is relevant directly to the content that a user is searching in the search engine, along with the time and location of the search as well. Flat rate models are were both publisher and advertiser are in terms of a fixed rate with the help of a rate card given by the advertiser. The content that highly attracts audience has a higher pay per click flat rates. However, sometimes this value is negotiated when the publisher is a long-time customer. The prices are generally minimal and targeted by the advertisers who fix them.

In the Bid rates model, a maximum amount is bid for a particular advertisement. Based on the location and time the keyword is searched the final bid amount is decided and finalized by both the advertiser and publisher. The ad with the highest quality score is ranked up first in the search engine results. For each click, the advertiser pays the actual amount based on the bid. The pay per click proposals is controlled hugely by automated systems to make the task and counting easier.